For general talk about Exalted, its setting, mechanics and playing the game
Post Reply
3 posts • Page 1 of 1 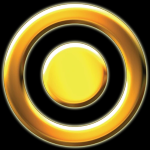 The original copy of this thread, on the official forum.


Because there's no fucking way that scholars refer to the different kinds of Exalted as "splats", I've decided that each brand of Exaltation is called a Host. The Terrestrial Host, the Solar Host, the collective Celestial Host, etc...

As a bonus, it means that the word "host" isn't applied to individual Exalted. Exaltations are not parasites.


On which note, I'm going to start referring to Exaltations as Souls... as opposed to "supermotes" or "shards". Humans have lower and higher souls, and Exalted have divine souls on top of that.

Alchemical Exalted form the bigger exception, as they instead have Exalted Frames -- the physical, legendary bodies that house their heroic, human souls as well as their miraculous, physical Charms. (Modern Alchemicals instead have Exaltation Cores.)

I'm specifically rejecting "shard" on the grounds that you don't call a masterpiece marble sculpture a "shard" of the block from which it was cut. Not after the fragment was deliberately and painstakingly crafted into a work of high art.

I likewise reject "spark" for sounding too accidental, like something that just leaps out of a flame incidentally, without forethought or craftsmanship. "Torch" or "Lantern" would be more appropriate.

I shouldn't need to explain why I reject "supermote".

I feel that the word "Soul", especially when calling it a divine soul, captures the numinous, miraculous, legendary and LIVING quality that Exaltation is supposed to have. Men make lanterns; GODS make SOULS.

This also fits with Exaltation being the Second Breath. The First Breath is when a human receives their soul. So when they take the Second Breath, they are being reborn through the process of gaining another soul -- a DIVINE soul, that makes them more than human.

Besides, referring to such wondrous things as Souls worked for Dark Souls, regarding the Lord Souls that Gwyn, the Witch, and Nito found in the First Flame.

Second Edition got us into a bad habit of seeing Exaltations as Artifacts. I feel that "shard" is too close to that.

I feel that "Souls" moves far away from that and gets back closer to how Exaltations should appear, behave, and feel. You aren't getting an amplifier machine shoved in; you are being reborn into a new creature. For Celestial Exalted, you even become something of a new person as the experiences of your predecessor are added to your own.

Dragon-Blooded experience the least drastic sort of rebirth, as they retain their original bodies and receive no past-life memories at all, and yet even they are reborn, with a third soul and superhuman enlightenment.
Tags:
categorization
labels
lexicon
names
terms
Top

I don't think Artifacts should be called Artifacts. At least, not all of them. For starters, it doesn't really make sense to me that craftsmen, even Exalted craftsmen, would look at a Winterbreath Jar, a necklace that holds a Hearthstone, a sword that can call down lightning, and a giant flying vimana-craft, and put those all under the same label. Mechanically they're all the same kind of merit, and building them uses the same ruleset, but I don't accept that people would give them all a big singular label.

To that end I've done some thinking about splitting them up and finding different terms to use. My fanon term for Artifact weapons is Daiklave. It's just a super cool word, and harkens back to Werewolf in a way I find amusing.
Top

Sunder the Gold wrote: ↑Tue May 25, 2021 9:30 pm
Because there's no fucking way that scholars refer to the different kinds of Exalted as &quot;splats&quot;, I've decided that each brand of Exaltation is called a Host. The Terrestrial Host, the Solar Host, the collective Celestial Host, etc...


I mean, splats were always an OOG term which crossed settings. Host works well, and I think I've used it to describe ungrouped collections of Exalts. Those references are a little rare in my experience, so it's less of a matter of "the Lunar Host" and more "the Silver Pact" or whatnot.

Sunder the Gold wrote: ↑Tue May 25, 2021 9:30 pm
I likewise reject &quot;spark&quot; for sounding too accidental, like something that just leaps out of a flame incidentally, without forethought or craftsmanship. &quot;Torch&quot; or &quot;Lantern&quot; would be more appropriate.


Conversely, I've actually always used Spark because of the concept of craft -- having come from a background of Transformers.

In that respect, I've always thought the resistance to the idea of souls as items was disproportionately fierce. I understand the tonal issues the idea causes and so the removal from the setting materials, but the visceral reactions I've seen were baffling.

In a different tangent, there are way too many things called souls in Exalted. They're all correct, but the term stopped being useful or even vaguely special a dozen books ago. I don't like terms bloat either, but there's got to be a better way, with all the times I've had people forget Po souls exist.

KymmetheSeventh wrote: ↑Tue May 25, 2021 10:53 pm To that end I've done some thinking about splitting them up and finding different terms to use. My fanon term for Artifact weapons is Daiklave. It's just a super cool word, and harkens back to Werewolf in a way I find amusing.


I've always assumed that went the same way terms go in real life. Artifacts were originally much rarer, so magic swords and fighter jets were grouped together for convenience. By the time factory-cathedrals came along, the term was too ingrained to remove. But no one actually says "artifact" anyway. They're all "arties" or "factos" or something. "My pile of magical stuff."


As for my own stuff, I think there's only one new term which really sees extensive use. That's asura, as opposed to akuma -- the Green Sun Princes and other flavors of corrupted Exaltations. I had a fun bit of meta-play on another board with a "Chosen of Serenity" redacting her nature as "akuma". Very rarely seen was also shinka -- evolutions -- as Infernal "submodules."
Top
Post Reply
3 posts • Page 1 of 1