What exactly does Occult (Skill) do in 3E?

For general talk about Exalted, its setting, mechanics and playing the game
Post Reply
7 posts • Page 1 of 1

I remember Occult and Thaumaturgy in 2E while I will easily admit that Thaumaturgy with got far too bloated, I am very disappointed at it's limitations in 3E.

When I looked around, most people said that 2E Thaumaturgy's functions had been folded into Occult and I thought fair enough but neither the Book OR online sources seems to give details regarding this.

In fact I can't really find any information on how to use Occult skill at all. At best what I can figure it's like a Lore skill tailored to magic/esoteric beings/things (in which case 2E Thaumaturgy has basically been taken out back and shot.)

How do you exorcise a spirit, or summon a demon, ward the dead (beyond salt lines), or create a minor good luck charm, geomancy...

Is this all in Occult and if so how do these applications function?
Tags:
3E
Occult
Thaumaturgy
Top

I personally consider the applications of Introducing a Fact to be a working basis for the "little magics" aspect of 2e Thaumaturgy.

It's not flawless in that role because as-written Facts are an application of lore not occult, but without any occult dots it's difficult to claim a character possesses knowledge of the supernatural as an area of expertise.
Top

Rules as is seems its main function is to let you make artifacts and do sorcery as well as being what you need to know about magical things and stuff and people. I agree that the 3e thaumaturgy isn't that interesting and you could probably bring some of the old thaumaturgy back or go with the Fact idea Lioness suggested.
I play the video games.  https://www.youtube.com/bogmod
Top

Also as-written, if you don't have any occult dots you can't learn Old Realm.
Top

Thinking more about it, I overlooked another aspect of how thaumaturgy-that-was has been now been folded into other systems.

Some rituals represented bargaining with and requesting aid from spirits because 2e Social Combat was rather bad at adjudicating that compared to Ex3's Social Influence system (MDVs were generally much higher than Resolve, Intimacies were only a single tier that was only worth +/- 1, persuasion was a binary yes/no where praying for a blessing from Ahlat was on par with asking him to come in person).

This also kind of feeds into the Fact system I mentioned upthread, you can use it to introduce an intimacy that could form the basis of your negotiation.
Top

I think there is a Lunars charm which does something along those same lines. Which kind of makes sense that charms are taking the mundane skills and then making them magical/better. That could also be something to look into. Would require some work sure but you could probably make the case that say, since occult charms let you detect spirits there is probably some more complex, less reliable way to do it with just occult. Like how you can just stab someone with melee or really stab them with a melee charm.
I play the video games.  https://www.youtube.com/bogmod
Top 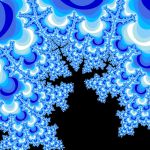 Of course, now 3e's thaumaturgy has issues, as we have barely more than a handful. It's hard to tell what thaumaturgy can do, what themes it can touch, how common it is in the setting, and how valuable the Thaumaturgist Merit is. Also, it doesn't really care about Occult at all.

I think it might have been better off if we instead had seen Thaumaturgy include additional requirements when touching on other Abilities' domains, like a Craft minimum or even a Craft roll required to brew alchemist's fire.
Top
Post Reply
7 posts • Page 1 of 1