Six-Veiled Vesta, Caretaker of the Divine Flames of Exigence 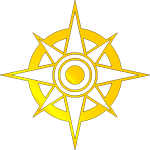 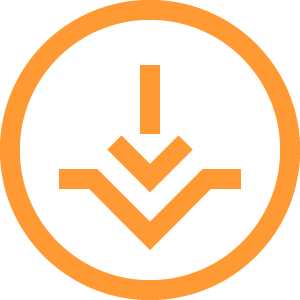 Rumored to be daughter of the Sun and one or more Maidens, Vesta maintains the Divine Flames and screens petitions for access to them for merit before passing them on to Lytek, her immediate superior, and the Sun. The Incarnae have not commented on the rumors about her origins, and in public encounters show Vesta no more favor and esteem than merited by her honesty and devotion to her duties.

With that honesty and devotion, however, comes a degree of naivety unheard of in such a powerful and long-established divinity. Though she knows of and tries to account for the cloud of corruption and slackness that fills Yu-Shan and the Terrestrial Spirit Courts, Vesta labors under the impression that the celestial censors are much less susceptible to it than they actually are, and she relies heavily on their reports to refute or verify claims made in the petitions she screens, trusting their diligence and sincerity.

In addition to her work under Lytek in the Bureau of Heaven, Vesta also holds a position in the Bureau of Humanity as the Minister of Succoring Flames, overseeing hearths, campfires, and other uses of flame as a source of comfort.

Her positions within the Celestial Bureaucracy grant her the following additional qualities: Call for Backup, Did I Authorize This?, High-Profile, Higher Up the Chain, Professional Collaboration.

Cleansing Fever Surge
Vesta may touch a patient suffering from a disease as a simple action and spend 1 mote to roll her primary pool against the disease’s Difficulty to immediately cure it. Regardless of whether she succeeds or not, the patient suffers a two-dice penalty to all actions as well as static values like Defense and Soak for the next day, and takes levels of damage equal to the lower of the disease's Difficulty or the number of successes Vesta rolled. This Charm might be capable of curing the Great Contagion, but none of the victims Vesta sought to help in the original outbreak were able to withstand both the disease and the strain caused by this Charm.

Flames of Unyielding Purity
As a simple action, Vesta may spend 3 motes to burns away toxins, diseases, and other physical corruptions at up to medium range, purifying spoiled food or water and sterilizing any wounds. Illnesses are not cured but cannot be spread for the next day. Inherently impure creatures, such as undead or plague-gods, suffer a one-time environmental hazard (Difficulty 3, Damage 1).

(And yes, Flames of Unyielding Purity is literally the sorcery spell with motes substituted for Will. I didn't think a single spell was worth making Vesta a full-blown sorcerer)
Characters You Want to Play
Language Merit Rework ♦ Fanworks Index
Comments Welcome
Top

I am guessing the name is for the Roman god? Makes sense given what she was goddess of. Or just a happy coincidence?
I play the video games.  https://www.youtube.com/bogmod
Top

It's absolutely a deliberate reference. The name actually came first; I think the astrological sign associated with 4 Vesta (⚶) is firstly a poor symbolic fit for the Getimian Winter Caste, and secondly breaks the visual pattern of the other Getimian marks, so I wanted to create a spirit called Vesta to justify the use of an alternate mark if and when any Getimians show up in any future games I run.

(I should probably post my caste mark designs, actually, but that can go in another thread)
Characters You Want to Play
Language Merit Rework ♦ Fanworks Index
Comments Welcome
Top

The sign of Vesta, which would serve as the caste mark if she were ever to empower an Exigent of her own: