Once again we’re getting to the judging of this slightly later than I’d like, so sorry for that. I made the mistake this time of scheduling the contest to end just as I hit a run of evening and weekend shifts and apparently trying to make a fair appraisal of Exalted mechanics after doing 13 hour hospital shifts is a bit much for my brain, who knew! So, with the ‘andrix is bad’ apology out of the way lets jump straight into the winners and honourable mentions. 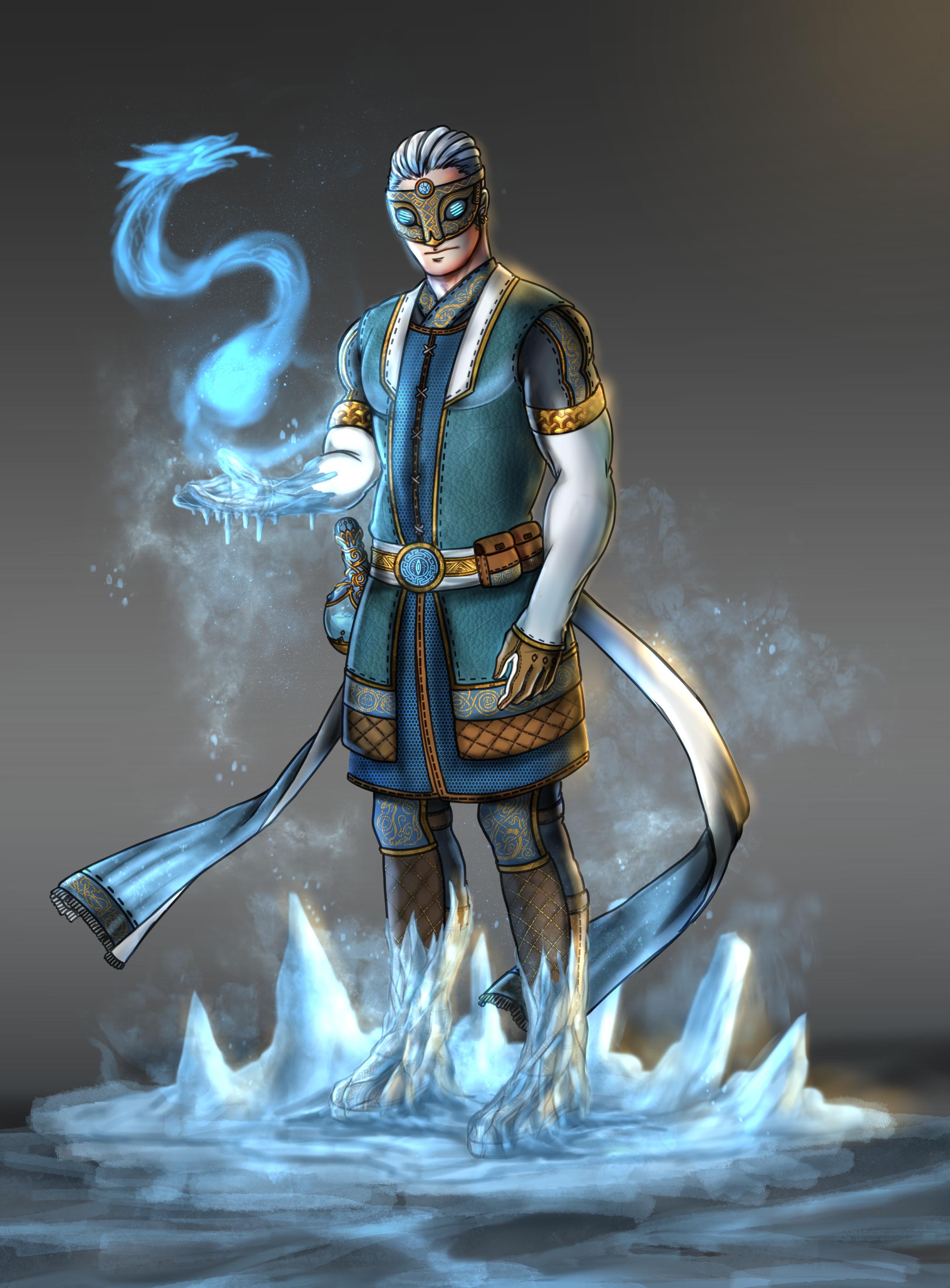 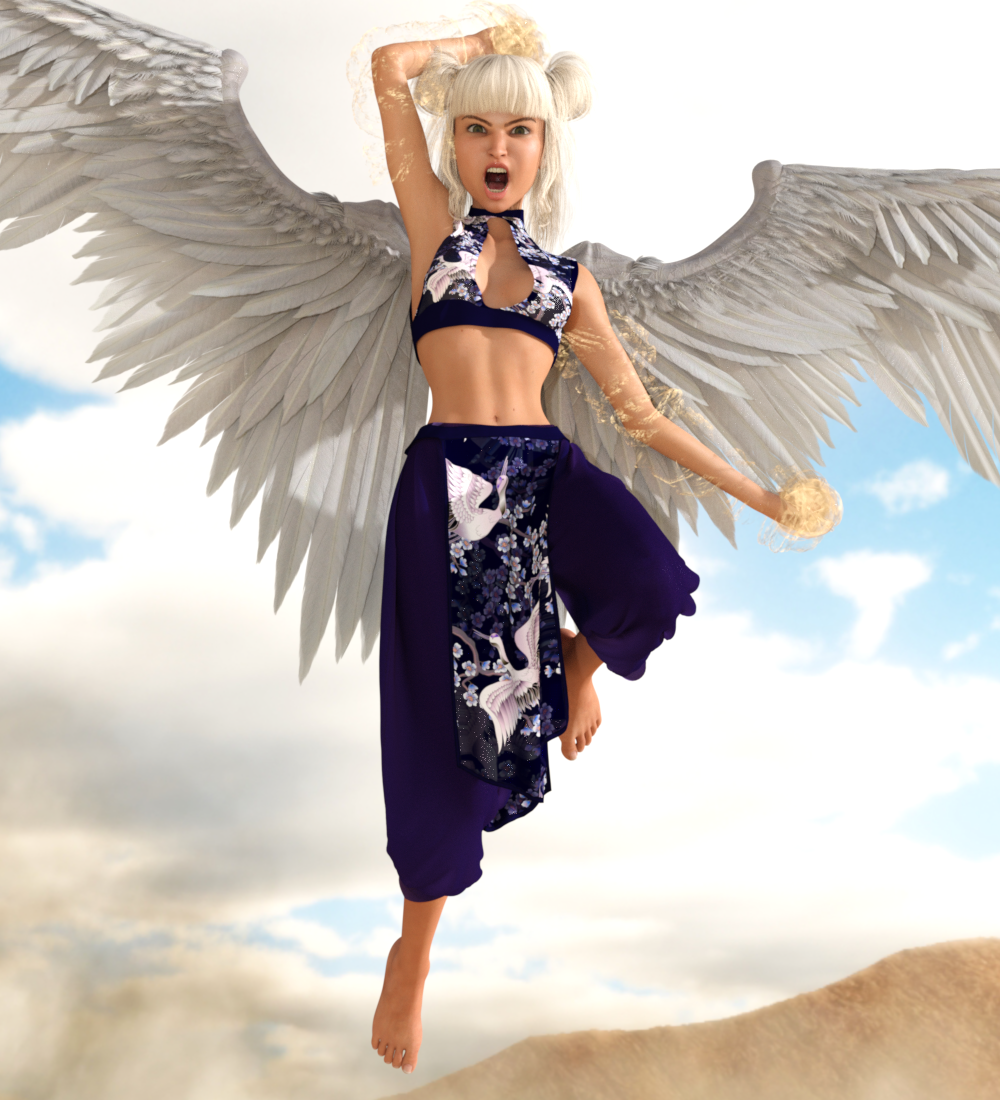 We didn’t get as many eligible posts for the art contest as I’d have hoped, which is maybe a lesson to keep the categories broad in future, but the couple we did get were cool enough characters that I really would have loved to have got to see more. The prize this time goes to @Jen and their exigent of Snow, Tundra and Ice, a character I still intend to shamelessly rip off for my own game at some point.

Onto the mechanics contest and like last time there was some really great stuff posted to the site that made this really hard to judge. Shout outs go to Habitable Exoplanet’s spirit charms which were a really nice concise idea that if it was added to would have made hard choices even harder, and Smoke and Honey’s elementals which while really excellent and another thing I’m going to steal didn’t have quite as much of the mechanical crunch of some of the other eligible posts.

Likewise shout outs to the martial arts we got submitted again, with Spider Style and Coling Mists style by AutXAutY and Emerald Wasp and Empty Blade Style by Qafian Sage all being well worth a look. Empty Blade in particular was something Flare and I really discussed the merits of for winning the prize.

At the end of the day however it came down to picking between Anshu’s Hadean Exalted and Zaleramancer’s take on Erembour. It felt harsh to pick one or the other here, both being really amazingly fleshed out and well executed. Flare tends to be more of a crunch guy while I’m more heavy on tone and fluff, but each of these managed to tick a lot of boxes for the pair of us. On this occasion we’re giving it to @Zaleramancer feeling that it was a great iteration of the character with some really succinct and well worked charms and powers.

Thanks for all the entries and congrats to the winners!

And speaking of Flare he’s got the winners of his own contests to come...
Sword of Creation Site Admin
Please consider giving input on the feedback forums about things you like or want changed
We have contests currently active, make sure to check them out
Top

My contests had a lot of entries for the 3rd section but not as many for the Essence section. I'm not necessarily surprised about this, as Essence is still very new and I think everyone is still sorting through it.

I want to say thanks everyone for participating, everything presented was quite cool, and everyone clearly has interesting ideas in their heads for Daiklaves, so hopefully getting them out into the open gives you the confidence to keep sharing and refining them. The best part of making homebrew is when someone uses it, and the second best feeling is when someone comments on it, so I'm gonna take the time to offer comments on all of these.

I love the lightsaber thematic. I was actually thinking about something similar to this in 3E myself, though mine was the idea of using a water cutter to replace the idea of a Lightsaber. The amount of permanent Evocations give this weapon a significantly different profile from other weapons in a positive way; the weapon already is quite powerful through it's base effects, and having to pay 3 motes to activate it is effectively an Evocation on it's own. I'd love to see it have a few non-permanent evocations, but as it is, it's an interesting weapon worth checking out.

Another interesting weapon, here I think about comparisons to Gin Ichimaru's Shinso and it's expanding blade, and making it out of wood is a cool factor. While it's only really got the one trick, it's a simple trick that I think a lot of people have thought about, so writing it out in a good way is enjoyable. There's a lightheartedness to the descriptions that belie the dark history of the weapon as well, in a way that helps sell it as a weapon that was meant for a good thing and then did a bad thing. I'd like to see further evocations lean in on that concept or explore the ground of it expanding and retracting and it's ability to regenerate more, but it's cool.

This is a weapon that definitely deserves to be in the Index, no doubt about it. Cutting people down without them being aware of it, manipulation of the turn order, slicing a castle in half, this weapon is designed around doing things like that and it's extremely effective in presenting those abilities. It might be on the higher end of power, but sometimes you want to go a bit gonzo. This is one of those weapons you'd have to see in play to really get an idea of what it does, because it's intensely unique, to the point I'd honestly say it feels more like an Artifact 5 instead of an Artifact 4.

Another excellent weapon, literally choking your opponents with despair is a really cool idea for a mystical sword. The effects are simple and precise, and they generally come together in a complete package of what the sword user wants to do and how they want to do it. Weapons like this that come bundled with their own combat sequence are great for players and antagonists both, because they add flavor to both your attacks and your defenses. Because this weapon's combat sequence is so well defined, it doesn't really need any additional Evocations or anything, it really is a total package of what you want to do as a user just by itself, which is an impressive creation and helps it fit into any Exalt's repertoire.

However, while each of these are unique and impressive in their own ways, I can only give one 3rd weapon a prize, and there is one I had my eye on when it went up and, at this point, can only say it's impressed me the most.

@SamuraiMujuru 's Bitter Fury has to be the winner of my contest for 3rd Edition proper.

What's there to say about this weapon? What isn't there to say? A gripping story of rage that persists even though the individual is dead, simple and not overwrought, but still full of emotion, and Evocations that progress and further that story. The mechanics are in tandem with the fluff, representing the Dragonblooded chained into the sword and his anger, and the mechanics themselves are excellent; There may only be three Evocations, but each has a distinct use and can clearly be the basis of further building upon for larger charm trees. This is a weapon I'd like to use in my own game, either for a PC or an NPC, it's that enjoyable to think about where you'd bring this story.

Then we move onto the Essence side, which only has two entries, which I sort of expected might happen, given how new Essence is, but it would also feel wrong to effectively single out one as being better then the other, since Essence is so new.

Because of that, I'm actually going to award the prize to both Essence entries.

Is it a cop-out? Eh, maybe. But I really like the idea of both of them, so here's a little commentary.

Not too complex, but quite effective, this weapon is extremely powerful with it's permanently stacking Defense penalty. The ability to turn people into statures for their sins makes it a perfect antagonist weapon, but it can also work as a protagonist's weapon for those whose crimes are too terrible. The ability to study the created sculpture to learn abilities from it is quite interesting, and a unique take on the idea.

Now this isn't a sword in the traditional sense, but it certainly a magical item you wouldn't want getting out. Seemingly as dangerous to the user as their opponent, it's an interesting take on a weapon that is much easier to hide then a big sword, but comes with it's own drawbacks. Calling it simple would be rude, it's got an interesting effect suite and how it works is unique, but I think this is a very interesting type of weapon that could find some real use in a campaign.
Top